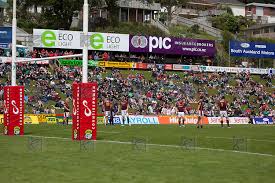 The future stars of world rugby are coming to New Zealand

Auckland will be hosting the IRB Junior World Championship matches this year.

The 2014 IRB Junior World Championship will be the seventh annual international rugby union competition for Under 20 national teams. The event will be organised in Auckland, New Zealand by rugby’s governing body, the IRB. A total of 12 nations will play in the tournament.

The final will be staged at Eden Park. Other venues that will be used are North Harbour Stadium and Pukekohe’s EcoLight Stadium.

All Black legend Jonah Lomu will be the IRB Junior World Championship 2014 Ambassador.
A legend of the game since he burst onto the international scene at Rugby World Cup 1995, Lomu went on to play 63 times for the All Blacks between 1994 and 2002, scoring 37 tries.

The annual Under 20 tournament takes place in Auckland, New Zealand from June 2-20.

Lomu, who has become a role model for so many current stars, puts special merit on the key role that age grade Rugby plays in the development of the future stars of world Rugby.

“It’s exciting and a great privilege to be an Ambassador for the IRB Junior World Championship. I’m really looking forward to watching some great Rugby and welcoming the stars of the future to New Zealand in June.”

“Playing at under-age level for New Zealand helped me to showcase my skills and talents, and really developed me as a player. The game has, of course, changed since then, but the pathway that an Under 20 tournament like the JWC can give to young players is crucial.”

Some of these players are already making their names in club Rugby around the world, and it will be great to watch them showcase their skills for their national teams at this year’s JWC. It’s going to be really competitive and fans travelling to Auckland are in for a real treat.”

One thought on “– here come the IRB Junior World Champs to Franklin’s Pukekohe!”